Romans left us with Christianity in a Savage Britain

When the Romans left England in 410 AD the population had no understanding of how to govern, feed themselves or protect each other.

420 – Pelagian heresy outlawed in Rome (418) but, in Britain, supposedly enjoys much support from “pro-Celtic” faction. Traditionalists (pro-Romans) support Roman church. During this time, according to Prosper, Britain is ruled by petty “tyrants”.

428 – In desperation, self styled King of Briton, Vortigern, a warlord, was thought to be responsible for inviting a number of Germanic warriors to aid him in consolidating his position according to the Historia Brittonum. This appears to have been an early use of German mercenaries, who probably settled in the Dorchester-upon-Thames area.

This arrival of Angles and Saxons has resulted in present day research of rural white British people, who, having evidence of 4 grandparents living close to them to prove their genealogy, have been found to belong to a group of 30% of the British population with German ancestry.

Prof Peter Donnelly, director of the Wellcome Trust Centre for Human Genetics at the University of Oxford, co-led research back in 2015 and the resulting analysis shows that the Anglo-Saxons were the only conquering force to substantially alter the country’s genetic makeup, with most white British people now owing almost 30% of their DNA to the ancestors of modern-day Germans. (See https://www.theguardian.com/science/2015/mar/18/genetic-study-30-percent-white-british-dna-german-ancestry)

It is interesting to note the high percentage with an ancestry to Germany, higher than any other invader influence. This helped me to understand how a man from Devon should set off with missionary zeal to land in the Netherlands/Northern Germany and one day become famous for Christianising Germany. This man was Winfrid (Saint Boniface ) born c. 675 possibly Crediton, Devon. Died 5 June 754 (aged c. 79) near Dokkum, Frisia. He must have had the languages necessary to communicate with those in Fresia.

Winfrid was born in the kingdom of Wessex in Anglo-Saxon England. He became a leading figure in the Anglo-Saxon mission to the Germanic parts of the Frankish Empire during the 8th century.

Saint Boniface who was active in the area of Fulda (modern Hesse), establishing or re-establishing the bishoprics of Erfurt, Würzburg, Büraburg, as well as Eichstätt,  Regensburg, Augsburg, Freising, Passauand Salzburg, further to the south-east. 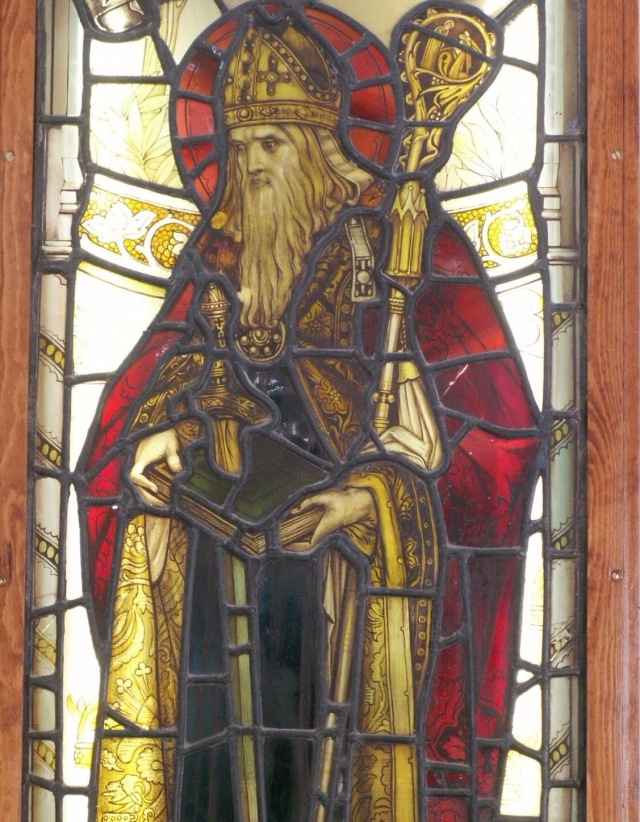 Anglo-Saxon missionary activities continued into the 770s and the reign of Charlemagne, the Anglo-Saxon Alcuin playing a major part in the Carolingian Renaissance. By 800, the Carolingian Empire was essentially Christianized, and further missionary activity, such as the Christianization of Scandinavia and the Baltic was coordinated directly from the Holy Roman Empire rather than from England.

When Hitler expected us to be his allies in WWII, perhaps he knew a third of us had German ancestry.

Retired, living in the Scottish Borders after living most of my life in cities in England. I can now indulge my interest in all aspects of living close to nature in a wild landscape. I live on what was once the Iapetus Ocean which took millions of years to travel from the Southern Hemisphere to here in the Northern Hemisphere. That set me thinking and questioning and seeking answers. In 1998 I co-wrote Millennium Countdown (US)/ A Business Guide to the Year 2000 (UK) see https://www.abebooks.co.uk/products/isbn/9780749427917
View all posts by borderslynn →
This entry was posted in anthropocene and tagged 5th century, anglo-saxons, celts, christianity, england, germania, holy roman emperor, missionaries, religion, st boniface. Bookmark the permalink.