The cult of Kukulkan/Quetzalcoatl and the feathered pterosaur reptiles

Looking to the skies, the Mesoamerican peoples all revered the power of the great birds which flew above them, such as the eagle and condor. They also had respect and wonder for the many snakes which inhabited the land. It was the power of these creatures to kill so effectively and yet to inhabit their domains with such regal strength which made them bow to their mightiness. Their belief system incorporated the symbolism of both snake and bird in the famous Feathered Serpent icons which began appearing a few hundred years BC right up to the Incas, the last of the evolution of Mesoamerican tribes to be unhindered by the Spanish invasion.

See below map of area where the icons of the Feathered Serpent have been found. All these civilisations had this in common though the Aztec named the deity Quetzalcohuātl [ket͡saɬˈkowaːt͡ɬ] – (Nahuatl language) and the Mayans used the name Kukulkan among the Yucatec Maya, and Q’uq’umatz and Tohil among the K’iche’ Maya.

The cult of Kukulkan/Quetzalcoatl was the first Mesoamerican religion to transcend the old Classic Period linguistic and ethnic divisions. This cult facilitated communication and peaceful trade among peoples of many different social and ethnic backgrounds. Although the cult was originally centred on the Mayan ancient city of Chichen Itza in the modern Mexican state of Yucatán, it spread as far as the Guatemalan Highlands. This is an early example of a belief system uniting diverse tribes.

Image of Temple of Kukulkan

The Feathered Serpent is the marrying of the rattle snake with the feathers of the quetzal bird. This iconic form would intensify the power which their belief system desired. 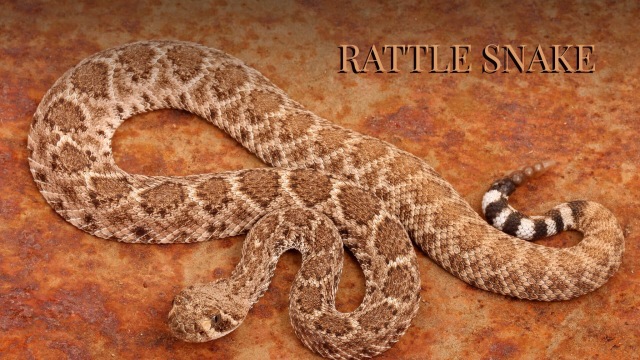 Quetzals are fairly large (all over 32 cm or 13 inches long), slightly bigger than other of their species.

The resplendent quetzal is the national bird of Guatemala. The name quetzal is from Nahuatl quetzalli [keˈt͡salːi], “large brilliant tail feather” . The Maya civilization developed in an area that encompasses southeastern Mexico, all of Guatemala and Belize, and the western portions of Honduras and El Salvador. This region consists of the northern lowlands encompassing the Yucatán Peninsula, and the highlands of the Sierra Madre, running from the Mexican state of Chiapas, across southern Guatemala and onwards into El Salvador, and the southern lowlands of the Pacific littoral plain.

The feathers of iridescent Quetzal were used in Royal costume and ceremonial garb for kings and priests. The Quetzal symbolized the movement of Creation and the will of the Creator come to earth. As the Serpent moves side to side on the ground, the Quetzal flaps and glides through the jungle. That is,  it moves up and down between the skies and the earth. The Maya knew that Creation moves from Day to Night or Creation to Destruction in a wave like pattern.

Serpent skins, bones and rattles were used in most Maya’s clothing and personal effects as sacred decoration. Serpent venom was used as a prescription by Maya shaman for a number of  treatments or cures.

Aztecs added Quetzalcoatl as symbolic of the west direction.

According to this myth, the four sons of Ometecuhtli and Omecihuatl, one of them being Quetzalcoatl, represent the four cardinal directions.

The west is represented by Quetzalcoatl who is also the White Tezcatlipoca and the god of light, justice, mercy, and wind.

In the Guatemalan Highlands, Postclassic feathered serpent sculptures have been found with open mouths from which protrude the heads of human warriors. Hundreds of North and South American Indian and South Pacific legends tell of a white-skinned, bearded lord who traveled among the many tribes to bring peace about 2,000 years ago. This spiritual hero was best known as Quetzelcoatl, thus merging Christianity brought by the Spanish conquest, with ancient deities. Most conversions around the world involved Pagan deities being merged with Christian ideology.

And the first Mesoamerican Olmec civilisation appreciated the serpent in their sculptures:

And birds were also popular icons in ancient Peru. The 1500 year old mysterious Peruvian Nazca Lines lie in the high, arid plateau stretches more than 80 km (50 mi) between the towns of Nazca and Palpa on the Pampas de Jumana, about 400 km (250 mi) south of Lima, contain amazing geoglyphs. These were cut into the desert by digging trenches to create spectacular drawings of humans, animals and birds, include the hummingbird and the condor. The hummingbird geoglyph is 93 m (310 ft) long, the condor is 134 m (440 ft).

Before humans there were pterosaurs which flew over Central America. The Feathered Serpent is not such a fantastical creature after all, indeed a giant feathered reptile actually enjoyed the freedom of the skies, and the fossils found have been named after the Feathered Serpent of Mesoamerica, the Quetzalcoatl. The amazing fossil was a flying reptile, though not a snake, more like a lizard. Yet it combined the attributes of a reptile and the flying abilities of a bird.

Image of fossil of Quetzalcoatlus

When it was first named as a new species in 1975, scientists estimated that the largest Quetzalcoatlus fossils came from an individual with a wingspan as large as 15.9 m (52 ft). More recent estimates based on greater knowledge of azhdarchid proportions place its wingspan at 10–11 m (33–36 ft). Remains found in Texas in 1971 indicate that this reptile had a minimum wingspan of about 11 m (36 ft). Generalized height in a bipedal stance, based on its wingspan, would have been at least 3 m (9.8 ft) high at the shoulder.

Quetzalcoatlus dominated the skies of North America at the end of the Dinosaur Age and flew high over such famous creatures as Tyrannosaurus and Triceratops.

The pterosaurs were reptiles, and their close cousins were dinosaurs who evolved on a separate branch of the reptile family tree, just as humans evolved into mammals from reptiles.

The Pterosaurs were also the first animals after insects to evolve powered flight—not just leaping or gliding, but flapping their wings to generate lift and travel through the air. They evolved into dozens of species. Some were as large as an F-16 fighter jet, and others as small as a paper airplane.

An animal the size of Quetzalcoatlus could consume victims as large as small dinosaurs, picking them up in its huge toothless jaws.

Like all flying reptiles, they launched off the ground in a four-footed leap. This launch style was supported by an immense amount of power. Quetzalcoatlus’ torso, though small in comparison to its body, was very dense and packed with huge muscles. A single leap could get one of these giants into the air, and it needed just a few flaps to keep it aloft. They could likely travel nonstop for 16,000 kilometers after launching, only rarely flapping to keep themselves in the air and to steer their path. Its short wings were not just thin membranes of skin, but densely packed muscle fibers called actinofibrils. Like all other pterosaurs, Quetzalcoatlus was warm-blooded and had an incredible metabolism to power its lifestyle.
Drawing of Quetzalcoatlus

Retired, living in the Scottish Borders after living most of my life in cities in England. I can now indulge my interest in all aspects of living close to nature in a wild landscape. I live on what was once the Iapetus Ocean which took millions of years to travel from the Southern Hemisphere to here in the Northern Hemisphere. That set me thinking and questioning and seeking answers.
View all posts by borderslynn →
This entry was posted in Uncategorized and tagged belief systems, birds, chichen itza, christianity, guatemala, kukulkan, Mexico, pterosaurs, quetzal, quetzalcoatlus, reptiles, snakes, teotihuacan, yucatan. Bookmark the permalink.