“The Yungas (Aymara yunka warm or temperate Andes or earth, Quechua language meaning yunka warm area on the slopes of the Andes) is a narrow band of forest along the eastern slope of the Andes Mountains from Peru, Bolivia, and northern Argentina. It is a transitional zone between the Andean highlands and the eastern forests. Like the surrounding areas, the Yungas belong to the Neotropic ecozone; the climate is rainy, humid, and warm…….The Southern Andean Yungas begins in southern Bolivia and continues to the north of Argentina. It is a humid forest region between the drier Gran Chaco region to the east and the dry, high altitude Puna region to the west.” Wikipedia

The Qulla (Quechuan for south, hispanicized and mixed spellings: Colla, Kolla) are an indigenous people of western Bolivia, Chile, and Argentina living in Jujuy and Salta Provinces. The 2004 Complementary Indigenous Survey reported 53,019 Qulla households living in Argentina. They moved freely between the borders of Argentina and Bolivia. Their lands are part of the yungas or high altitude forests at the edge of the Amazon https://everything.explained.today/Qulla/

Another area is The Quebrada de Humahuaca, a narrow mountain valley located in the province of Jujuy in northwest Argentina, 1,649 km (1,025 mi) north of Buenos Aires (23°11′59″S 65°20′56″W). It is about 155 km (96 mi) long, oriented north-south, bordered by the Altiplano in the west and north, by the Sub-Andean hills in the east, and by the warm valleys (Valles Templados) in the south.

Image of The Quebrada de Humahuaca 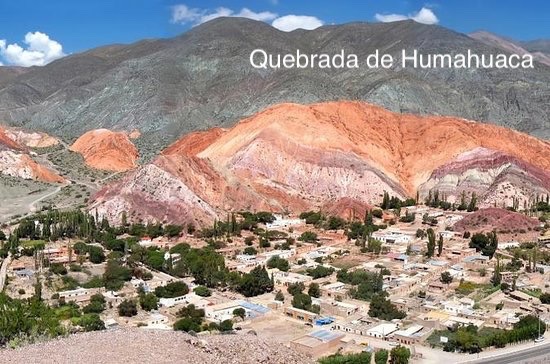 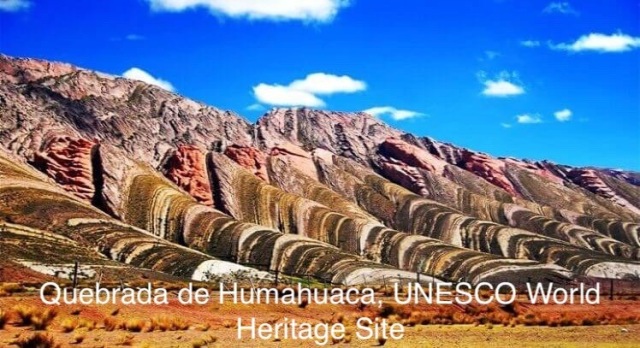 The region has always been a crossroads for economic, social and cultural communication. It has been populated for at least 10,000 years, since the settlement of the first hunter-gatherers, which is evidenced by substantial prehistoric remains. It was a caravan road for the Inca Empire in the 15th century, then an important link between the Viceroyalty of the Río de la Plata and the Viceroyalty of Peru, as well as a stage for many battles of the Spanish War of Independence.

In 1985, the Argentinian government officially recognized the indigenous peoples of that country by Law 23303. A cholera epidemic took a toll on the Qulla population in the late 20th century. In August 1996, many Qulla people occupied and blocked roads to their traditional lands but were violently stopped by the police. On 19 March 1997, the Qulla people finally regained legal possession of the Santiago Estate.

The Jujuy Commission of Indigenous Participation (CPI), won a historic victory when the provincial administrative disputes court ordered the state to grant land titles to 120 Kolla communities in the country’s Puna plateau region and in the Quebrada de Humahuaca, a long, narrow mountain valley.

The land where the Kolla indigenous people have lived for centuries is coveted by agribusiness concerns keen on extending the agricultural frontier beyond central Argentina to the northwestern part of the country.

Also interested in the land are investors who want to build upscale hotels, and mining companies eager to explore the Puna region and the Quebrada de Humahuaca, where there are deposits of gold, copper and mercury.

La Puna, an arid highland region shared by Argentina and Bolivia and located at 3,500 metres above sea level on average, is bordered on the east by the Quebrada de Humahuaca, which runs north to south. The United Nations Educational, Scientific and Cultural Organisation (UNESCO) added the valley to its list of World Heritage Sites in 2003.

In the Puna region and the Quebrada de Humahuaca, which comprise 80 percent of the provincial territory, more than 20,000 indigenous families grow subsistence crops and raise sheep, goats and llamas. These animals can thrive in mountainous terrain.

The Chavín culture back thousands of years ago, domesticated camelids such as llamas. Camelids were used for pack animals, for fiber, and for meat. They produced ch’arki, or llama jerky. This product was commonly traded by camelid herders and was the main economic resource for the Chavín people. The Chavín people also successfully cultivated several crops, including potatoes, quinoa, and maize. They developed an irrigation system to assist the growth of these crops. This was when many parts of the Old World cultures had no knowledge of these crops, or of irrigation methods in such landscapes.

The tentacles of the Old World peoples reach for what lies beneath these lands. In the Puna Region, geologists have reported large copper, gold, silver, tin, lead and zinc deposits and ferrous minerals. (El Torno is in this region). Mining for these, as we well know, will destroy the ecosystem, particularly now with weak laws and powers to deepen debt in vulnerable countries.

Shame on us for what we do, for we KNOW what we do.

And in Cameroon, Africa……. 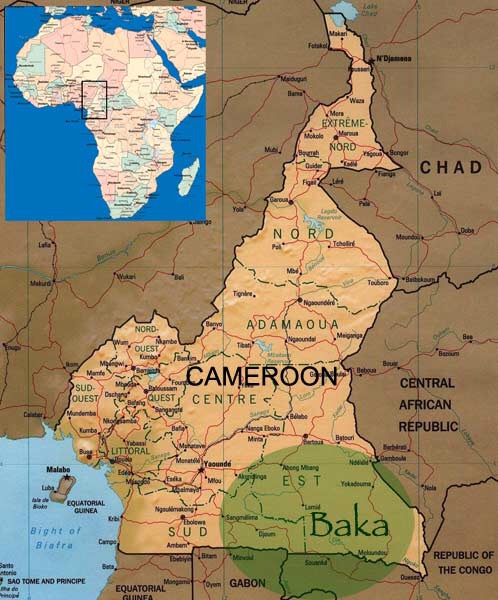 “The wildlife of Cameroon is composed of its flora and fauna. Bordering Nigeria, it is considered one of the wettest parts of Africa and records Africa’s second highest concentration of biodiversity. To preserve its wildlife, Cameroon has more than 20 protected reserves comprising national parks, zoos, forest reserves and sanctuaries. The protected areas were first created in the northern region under the French colonial administration in 1932; the first two reserves established were Mozogo Gokoro Reserve and the Bénoué Reserve, which was followed by the Waza Reserve on 24 March 1934. The coverage of reserves was initially about 4 percent of the country’s area, rising to 12 percent; the administration proposes to cover 30 percent of the land area.

The rich wildlife consists of 8,260 recorded plant species including 156 endemic species, 409 species of mammals of which 14 are endemic, 690 species of birds which includes 8 endemic species, 250 species of reptiles, and 200 species of amphibians. The habitats of these species include the southern region comprising tropical lowland, coastline on the Gulf of Guinea. Mangroves forests, 270,000 hectares (670,000 acres) in size, are along the coast line. Montane forests and savannahs are in the northern region of the country. Important protected areas for these species are the Mbam Djerem National Park, Benoue National Park, Korup National Park, Takamanda National Park, and the Kagwene Gorilla Sanctuary. Cameroon is an important breeding area for marine and freshwater species such as crustaceans, mollusks, fish, and birds.” https://en.m.wikipedia.org/wiki/Wildlife_of_Cameroon

Protecting this landmass is a GROWING process! But that is money in the bank for some. It is a triumph to preserve the biodiversity, but human hunter gatherers are likely to be excluded and instead replaced by Park Rangers. Safe places for tourists to visit National Parks is a big revenue earner; and one day, maybe, the greed of industrial investors will dip into this currently protected location.

More wealth is generated by using the remaining hectares for western mining and agriculture companies. The contrasting degradation for the indigenous folk is intensified by the government selling off hectares of land @ $1 a hectare in parts of Cameroon. The indigenous population are surplus to the needs of the wealth generators. 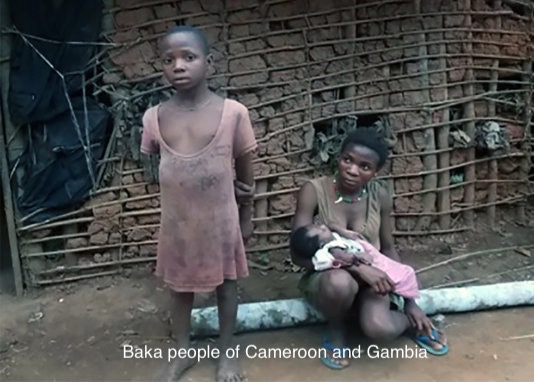 “The Baka people, known in the Congo as Bayaka (Bebayaka, Bebayaga, Bibaya), are an ethnic group inhabiting the southeastern rain forests of Cameroon, northern Republic of the Congo, northern Gabon, and southwestern Central African Republic. They are sometimes called a subgroup of the Twa, but the two peoples are not closely related. Likewise, the name “Baka” is sometimes mistakenly applied to other peoples of the area who, like the Baka and Twa, have been historically called pygmies, a term that is no longer considered respectful.”

Rather than “pygmy” these people prefer to be called by their tribal names: Aka, Baka, Efe, Mbuti, and Twa Sua

Map and images from https://myafricantribe.weebly.com/the-facts.html
Image of Baka huts

“The Baka are one of the most culturally distinct people.This tribe live in and around the Maridi and in Yei River Counties, but also have their territory into the Democratic Republic of Congo — Also equatorial to the tropical rain-forest vegetation due to the fertile soil.  Some of their crops include, sorghum, cassava, telebun, simsim, beans, maize, sweet potatoes, groundnuts, palm oil, coffee, etc. The Baka keep fowl and very few goats and get almost all of the resources from the rain-forest………

* The Baka tribes in Southern Cameroon have been living in the forest for thousands of years. But now, with logging and mining companies rushing to cash in on the wealth, their ancient culture has come under threat.

*  The tribe is currently shrinking partly due from deforestation. It is a bit hard to find the population of some tribes because many of them live in remote place and they don’t have a census.”

The habitats of these people, so harmoniously living in this environment, is threatened by those of us who ‘demand and need’ what this area of rainforest yields. We are destroying this, once pristine, location. In so doing, the essential Earth diversity is being wrecked. Globally we see the same pattern- the ancient heritage of peaceful, friendly tribes is being robbed from them and their way of life ended.

This is wrong headed in so many ways. These people have an alternative way of life to those of us forced to live in cities or in rural areas owned and restricted by landowners. Yet we do not show them respect because we envy their true freedom to be at one with nature, with no improvised laws except their spiritually defined ones. We can never go back to that time when our ancestors roamed the Earth as hunter gatherering nomads. But these people have never left Africa, nor been forced to live in alien places outside their beloved rainforest habitat.

But now we threaten them, when we should be admiring them and leaving them untouched with no land grab of ‘ownership’ ever likely. That concept has wreaked such havoc on this exquisite Planet. The way forward for humanity is to step back from what little pristine areas of land, inhabited by diversity of wildlife but also tribes like the Baka, and acknowledge it is there but we are not worthy to step foot within it.

Retired, living in the Scottish Borders after living most of my life in cities in England. I can now indulge my interest in all aspects of living close to nature in a wild landscape. I live on what was once the Iapetus Ocean which took millions of years to travel from the Southern Hemisphere to here in the Northern Hemisphere. That set me thinking and questioning and seeking answers. In 1998 I co-wrote Millennium Countdown (US)/ A Business Guide to the Year 2000 (UK) see https://www.abebooks.co.uk/products/isbn/9780749427917
View all posts by borderslynn →
This entry was posted in anthropocene and tagged Africa, african wildlife, Argentina, cameroon, chaco, deforestation, killing indigenous life, landowners, llama, mining, palm oil, poverty, tribal living. Bookmark the permalink.